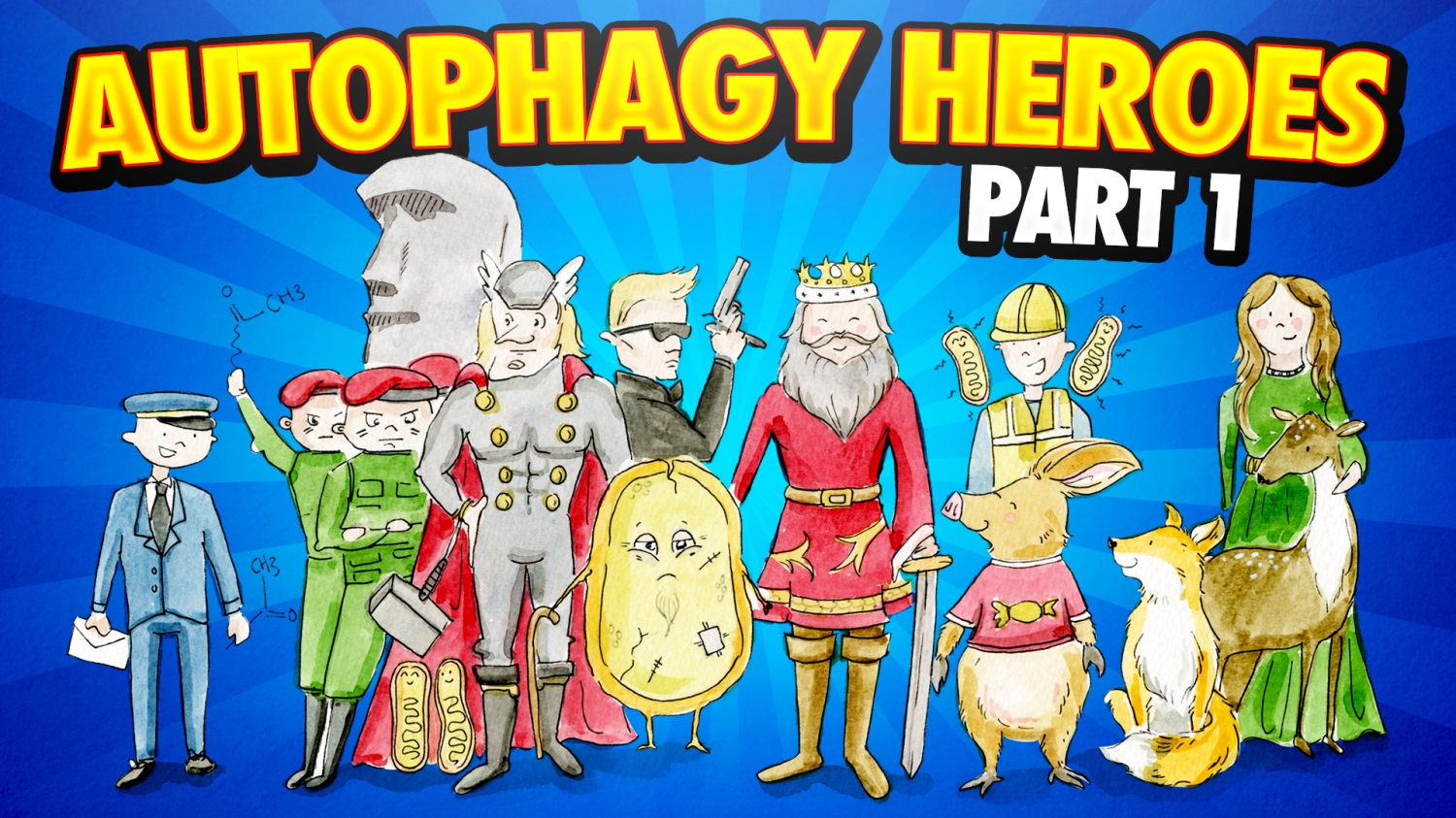 Get excited.  In this three part series,  I’ll be talking all about the power of autophagy; something we may be able to use to help keep us young and healthy.  In this blog, part one, I talk about what autophagy actually is.  In part two, I talk about three key pathways that drive autophagy, and in part three I’ll talk about some different ways those pathways can be triggered.

Quick disclaimer before I get started – please don’t take this as medical advice, it is for information and entertainment purposes only.  If you choose to use any of the material in this video you do so at your own risk.  My suggestion is always do plenty of research and always seek medical advice from a professional. 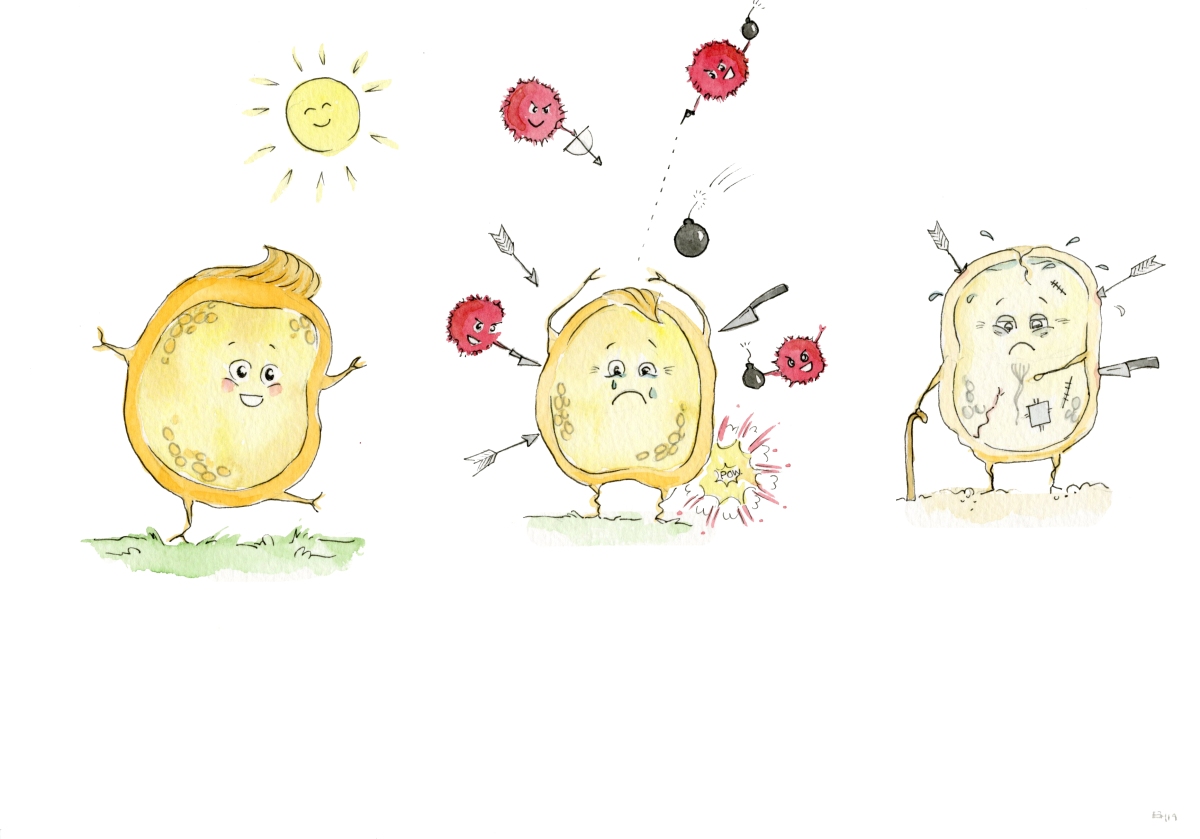 But what if as we went through life, there was a way to clear out some of the damaged cell components and replace them with healthy components, and potentially slow down the aging process? 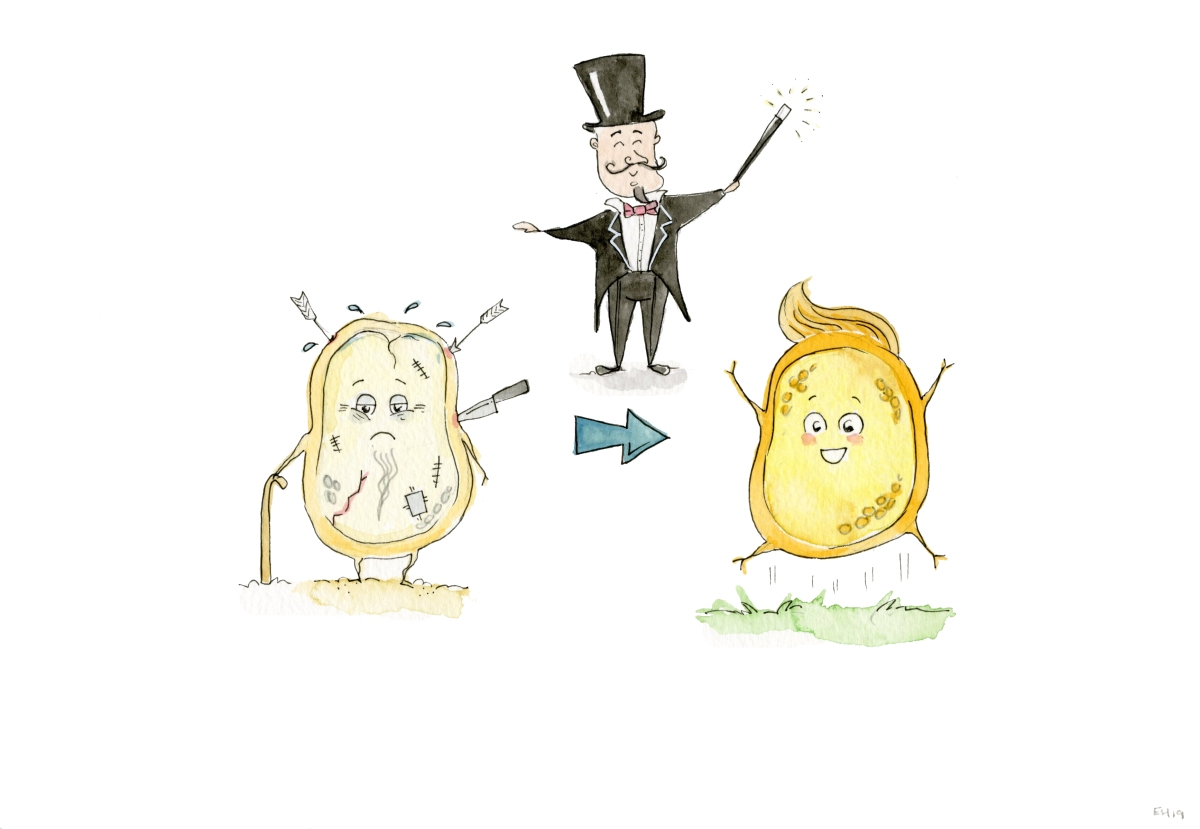 Well it turns out there may be a way we can do this, and that’s where autophagy comes in.

Autophagy is where damaged and aged components of our cells are sequestered, and then literally eaten.  This not only clears out some of the damage, but also creates energy to build new, young cell components.  The word autophagy is actually Greek for ‘self-eating’ – and we all have the power to induce this process whenever we want to.  How do we do it?  Well there are several ways, but the most well known way is through fasting.

Now it’s worth saying at this point that there isn’t really an on/off switch for autophagy.  It seems that there is always some amount autophagy going on due to our cells normal function and housekeeping, but we can increase the amount by doing certain things, fasting being one of them.  So during my explanations I will say things like ‘autophagy is activated’ or ‘autophagy is triggered’, but I really mean we are turning up the dial or even inducing different kinds of autophagy.

So before I talk about the process of autophagy and what actually happens during this self-eating, I want to explain the difference between autophagy and something similar called apoptosis.  In some ways they’re alike, but they are different processes.

Apoptosis is a about programmed cell death; if a cell gets in such a bad way that it’s likely to cause serious trouble, the apoptosis process is a means to kill it before that happens. It’s like a self-destruct trigger.  Autophagy, in the majority of cases, doesn’t kill the cell, but rather eats up damaged portions of the cell.

Autophagy is about self-eating.

Apoptosis is about self-killing.

To help me remember these two pathways I created two characters, both heroes as they are here to keep us healthy and make our lives better. 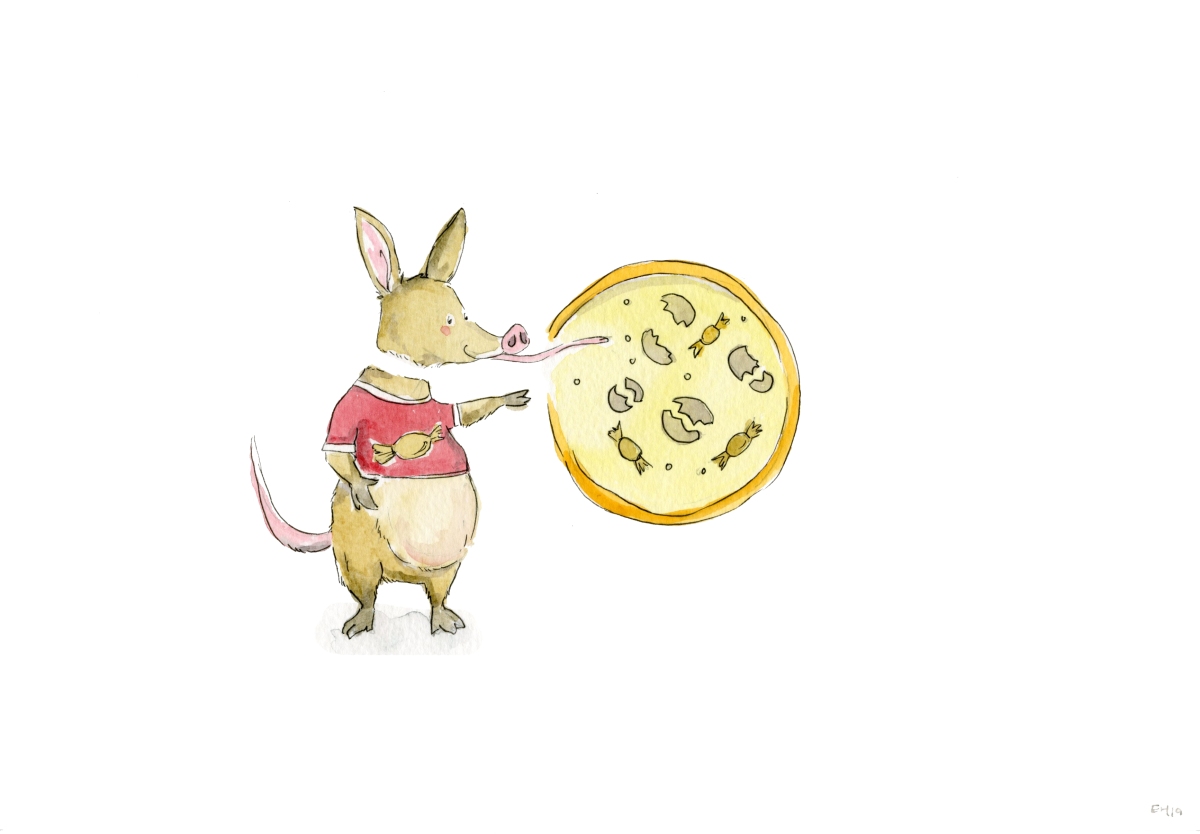 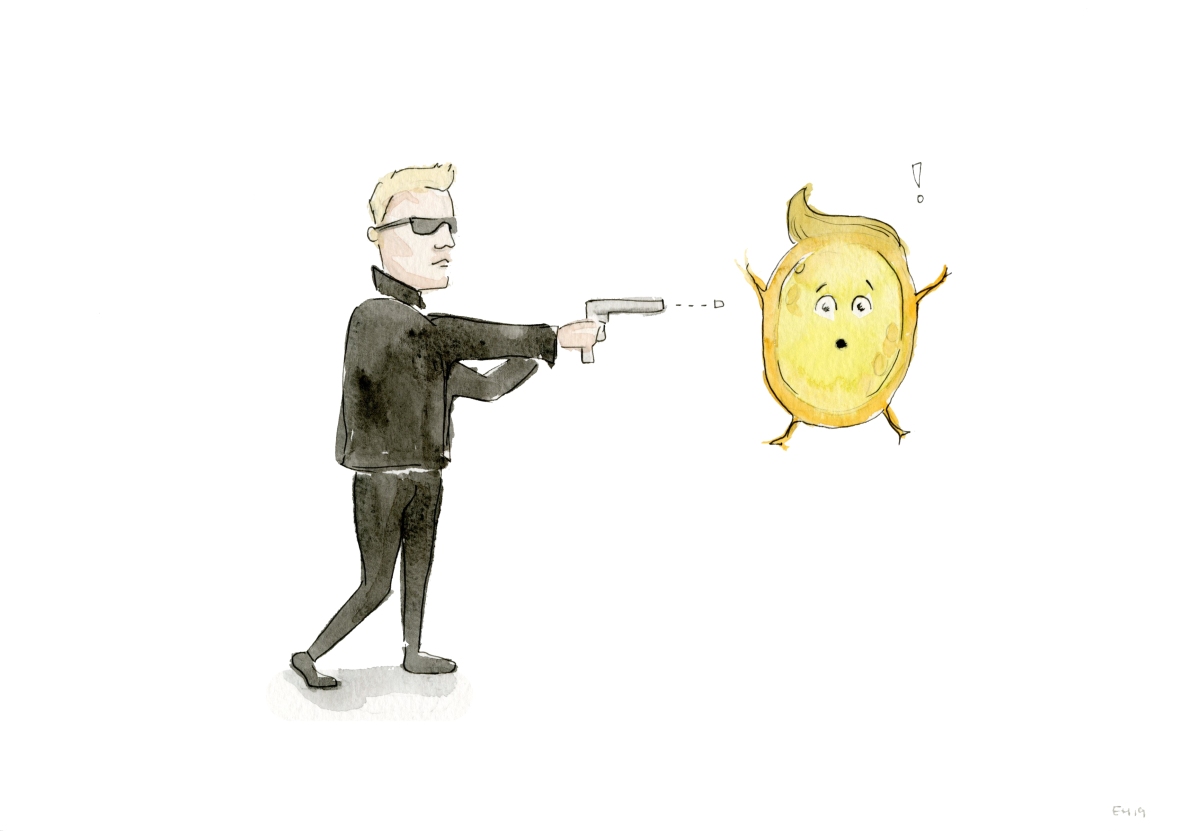 Toffee and the Apoptosis Assassin do have a grudging respect for each other, but most of the time they work separately, you rarely see them working on the same cell.  And they kind of of want the glory for themselves, so sometimes you will see them block each other. 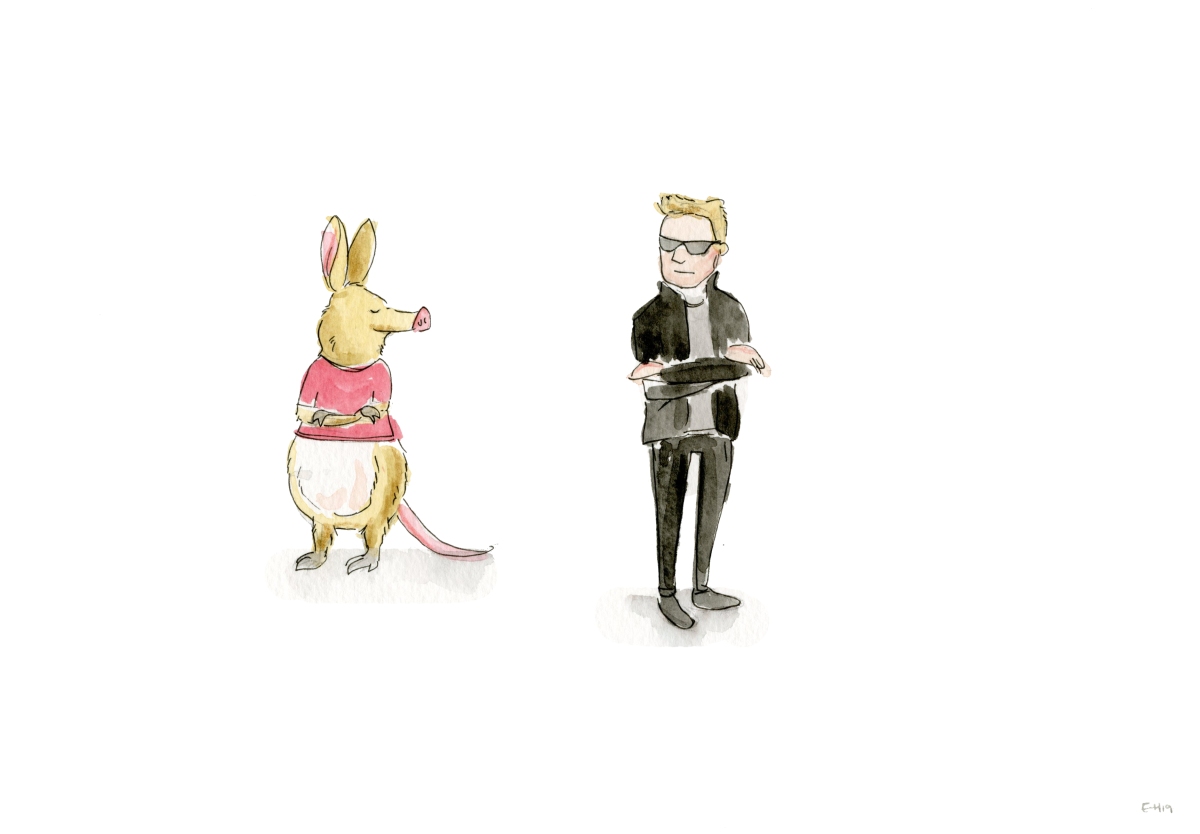 That being said, they are not mutually exclusive, and sometimes, like Batman and Superman, they will team up and you’ll see both self-eating and self-killing at the same site.  This is rarer, but it happens because they are both activated by some of the same upstream pathways. 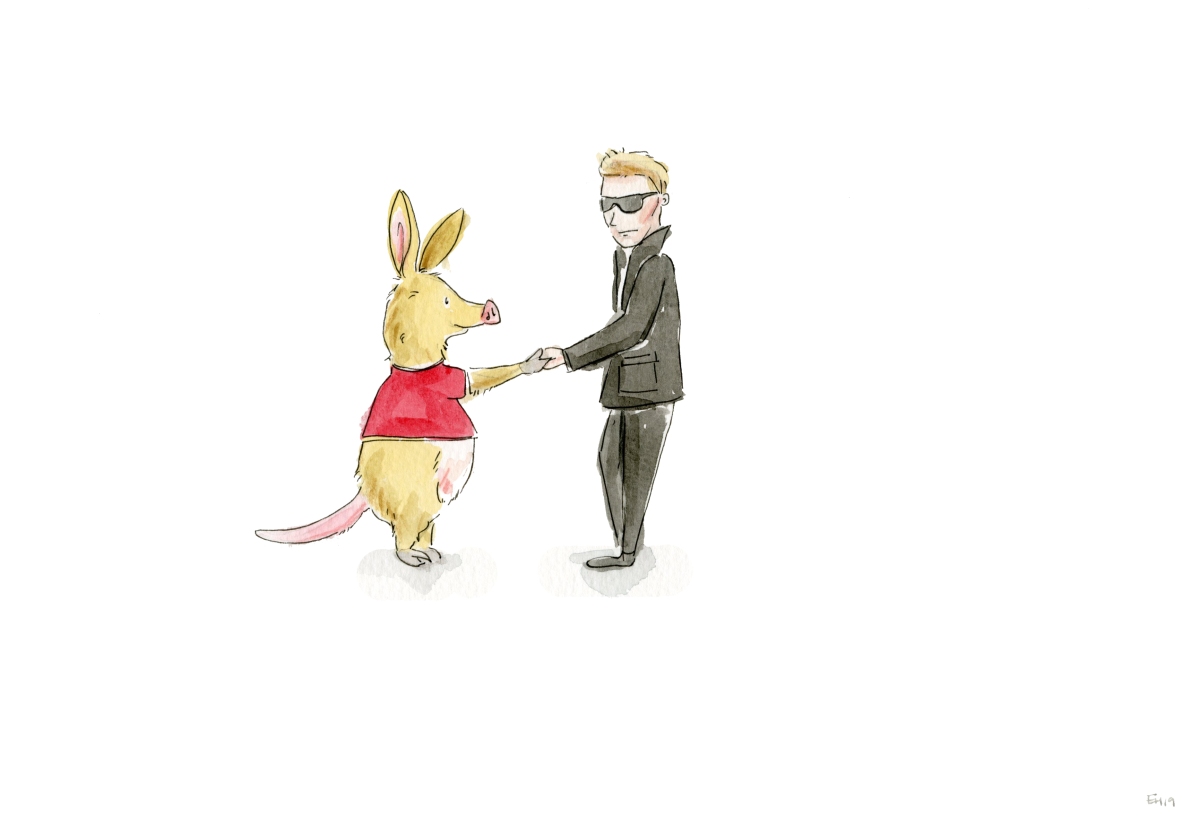 So now that I have introduced Toffee, the autophagy aardvark, I’m going to use him to describe the process of autophagy in four steps.  Now obviously we don’t really have an inner space aardvark floating around in our cells, I’m just using Toffee as a fun way to explain this.

Step one of autophagy

Toffee will make his way through the cytoplasm of the cell – the cytoplasm is the bit between the nucleus and the cell wall.  As he travels through, he’s licking up damaged and aged cell components, sequestering them inside his mouth.  And these components include mitochondria, protein aggregates, bacteria, viruses and others as well. The mouth of toffee has a special name, and that is the autophagosome.  So in reality, it’s the autophagosome that is travelling through the cytoplasm and sequestering these damaged components. 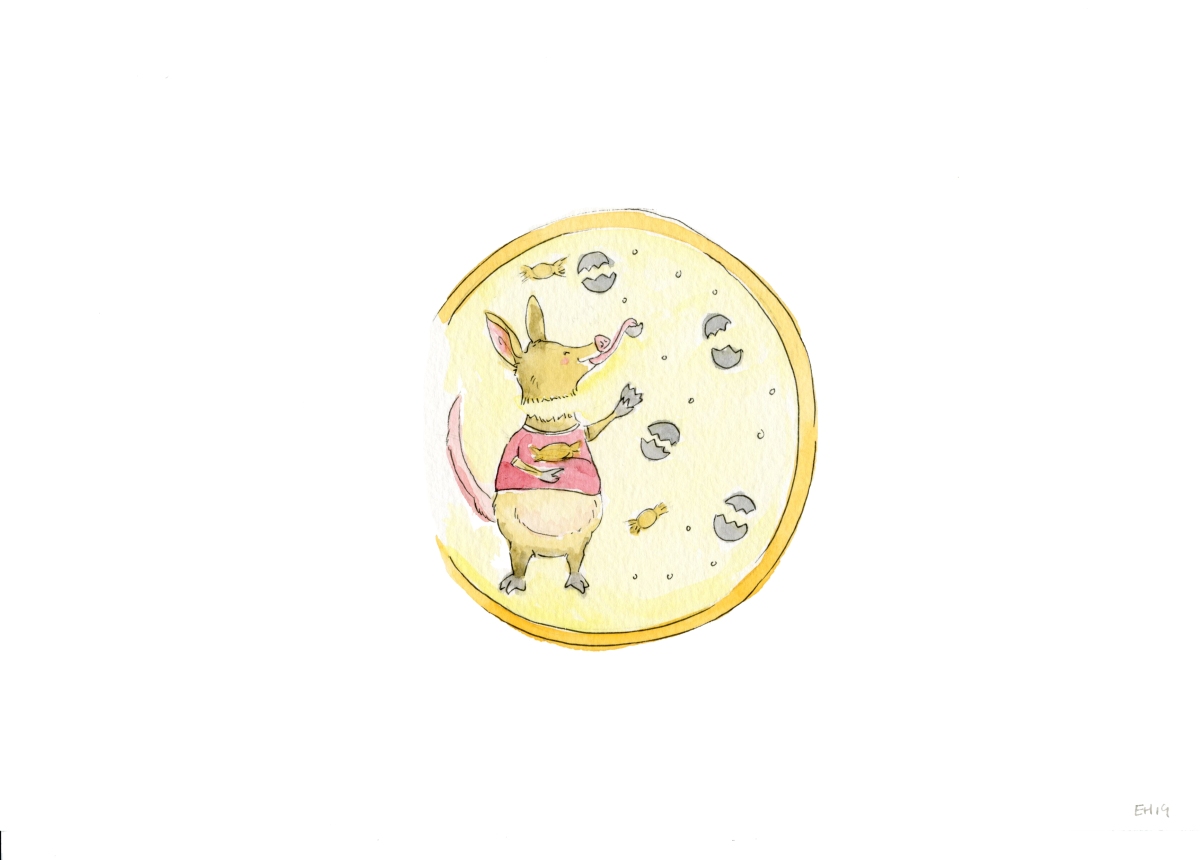 So that’s step one.  Step two happens after toffee has crammed all he can into his mouth.  Once he has, he closes it.  Now he’s fully sequestered those damaged components from the rest of the cell.  Again, in reality, the autophagosome has closed, and has sequestered the components. 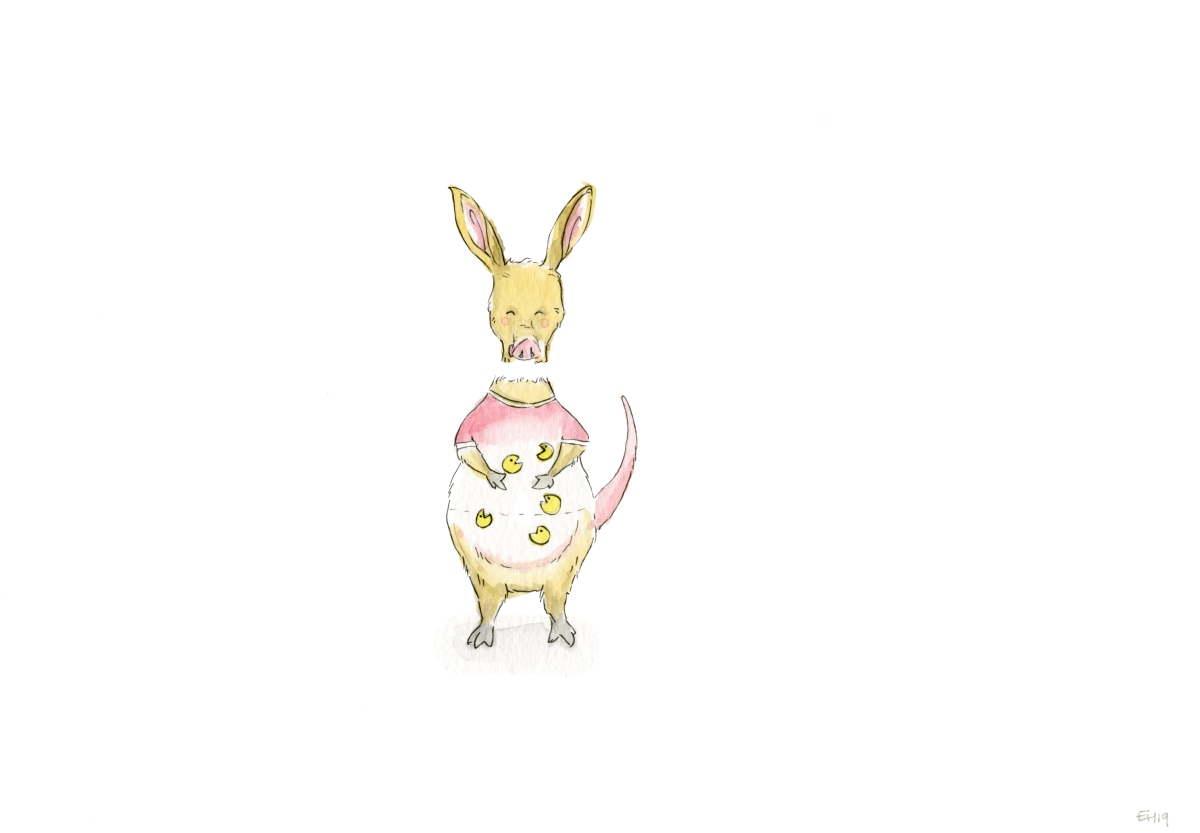 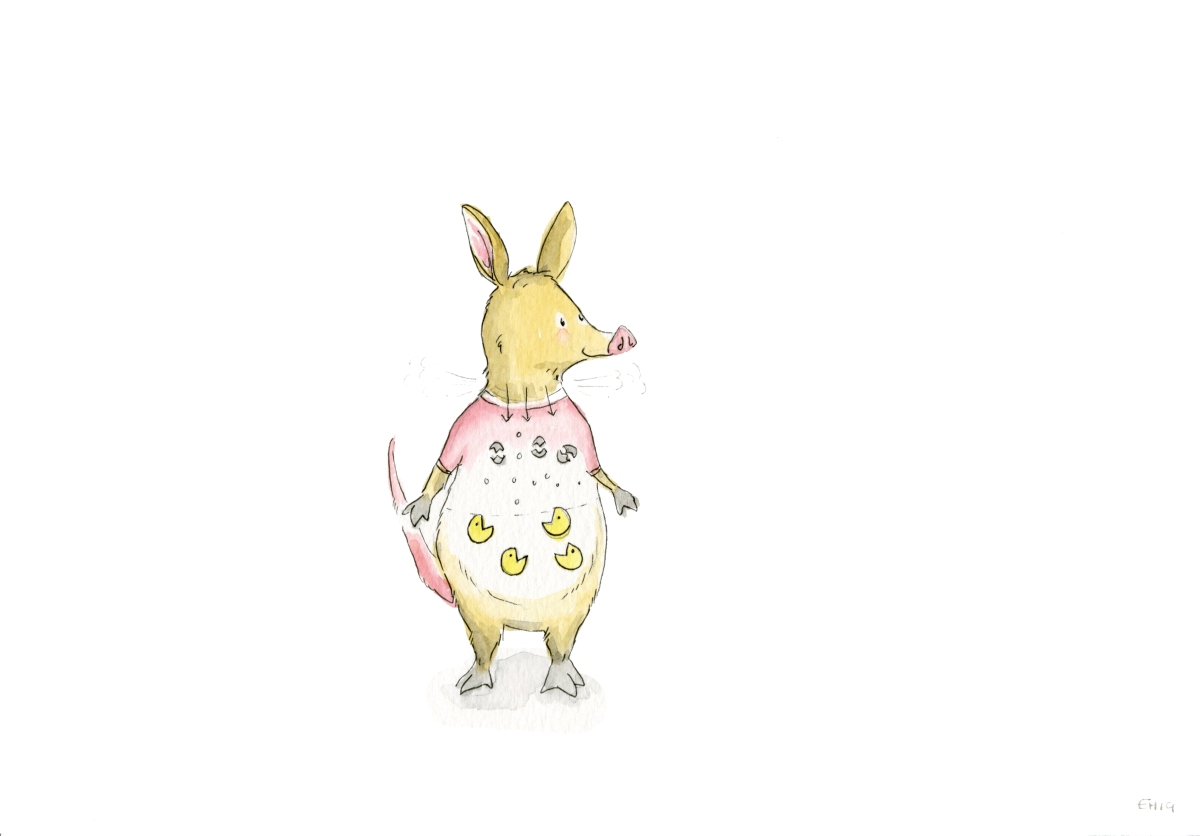 That’s step three.  For step four, the damaged components are now degraded and recycled to allow for their rebuilding. 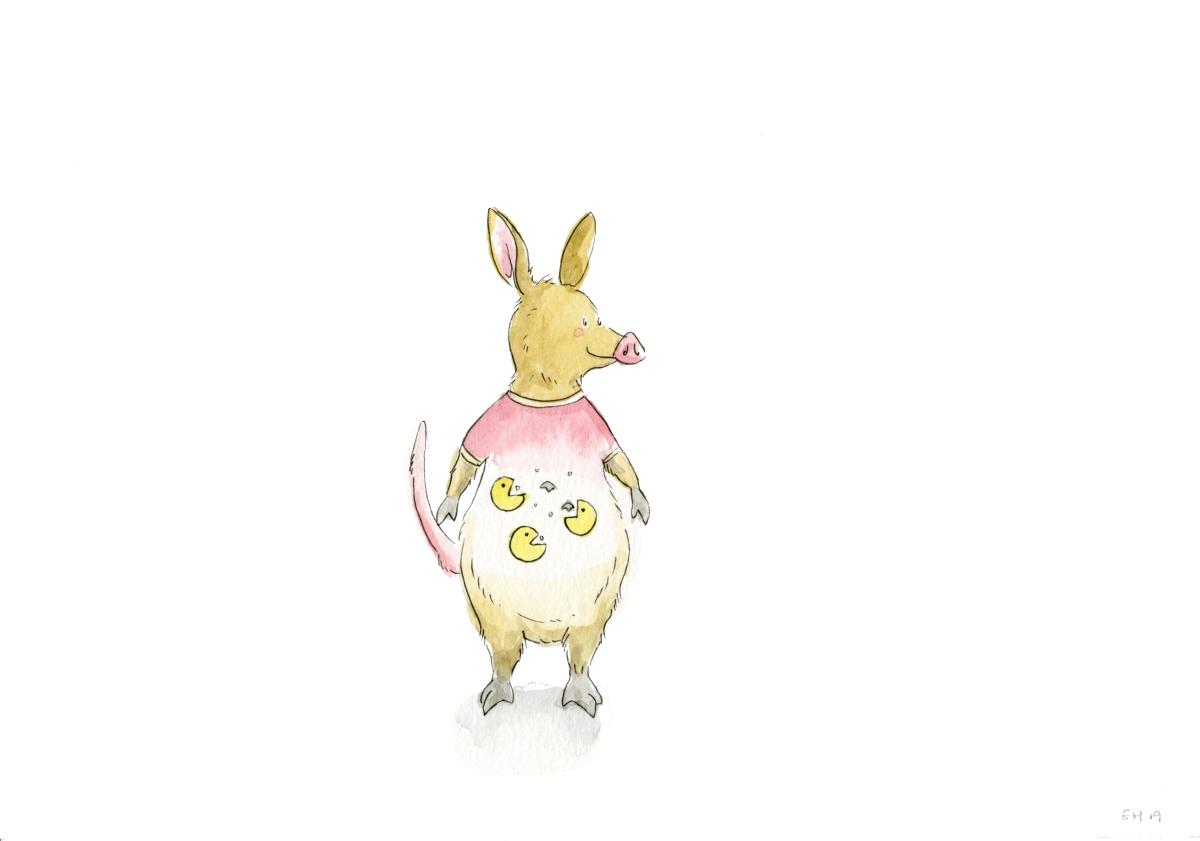 So, what I just described was the process of macro autophagy  – the kind of autophagy you can see with an electron microscope.   There are also other kinds of autophagy like micro autophagy or Chaperone-mediated autophagy, but they are less well studied.

Now let’s talk about the high level drivers of autophagy

You can think of autophagy as either being driven by ‘demand’ or ‘supply’.  Let’s start with demand.  This is where we see general nutrient deprivation causing a stressful environment to the cells.  There is a demand for energy because there is no food, so the cells are forced to eat portions of themselves to create the energy. 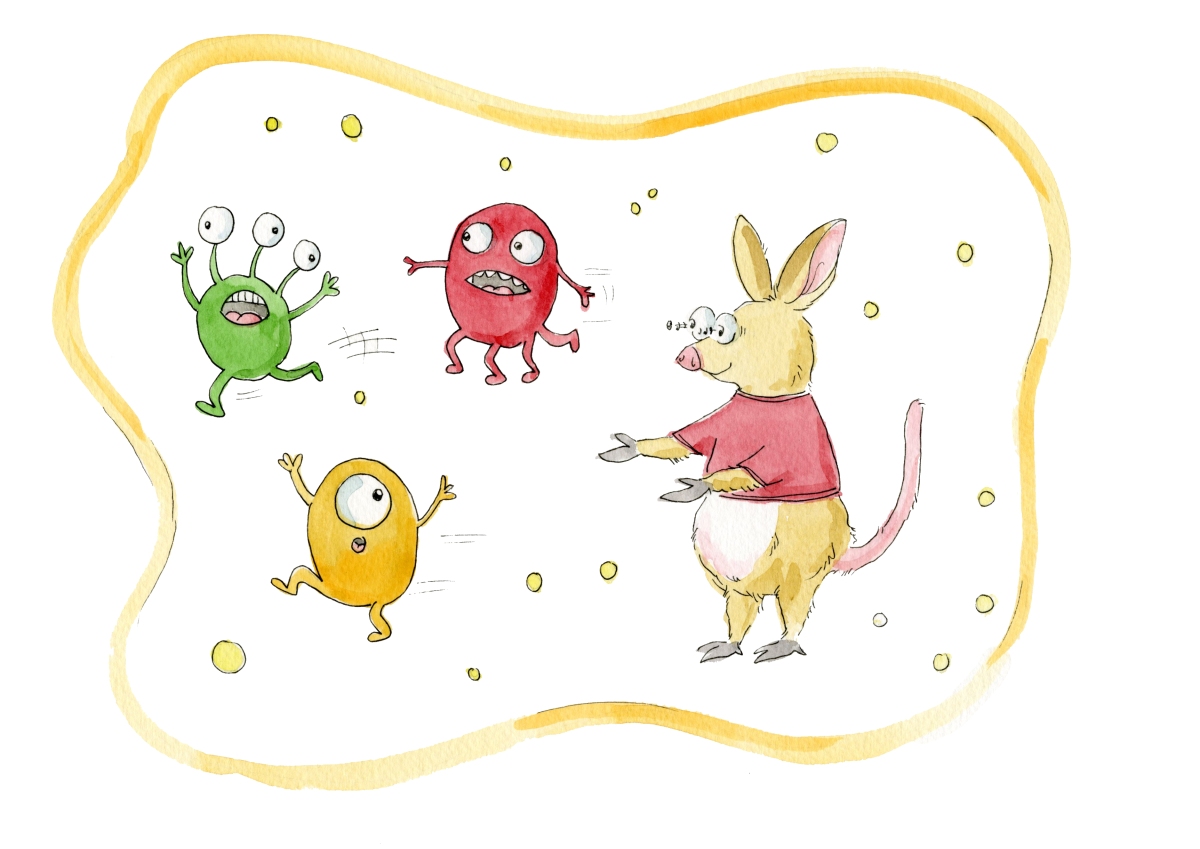 So that’s autophagy by demand.  Now let’s talk about autophagy driven by supply.

In the case of supply, a damaged or aging organelle within a cell will actually change the composition of its surface so it’s decorated with signals inviting the autophagosome (the mouth) to consume it. So there isn’t necessarily a demand for energy, but the supply is there in terms of the organelle offering itself up.  When this happens, the autophagy becomes specific to certain types or organelles.  For example, we have mitophagy for mitochondria, virophagy for viruses, ribophagy for ribosomes and so on and so forth. This is known as selective autophagy. 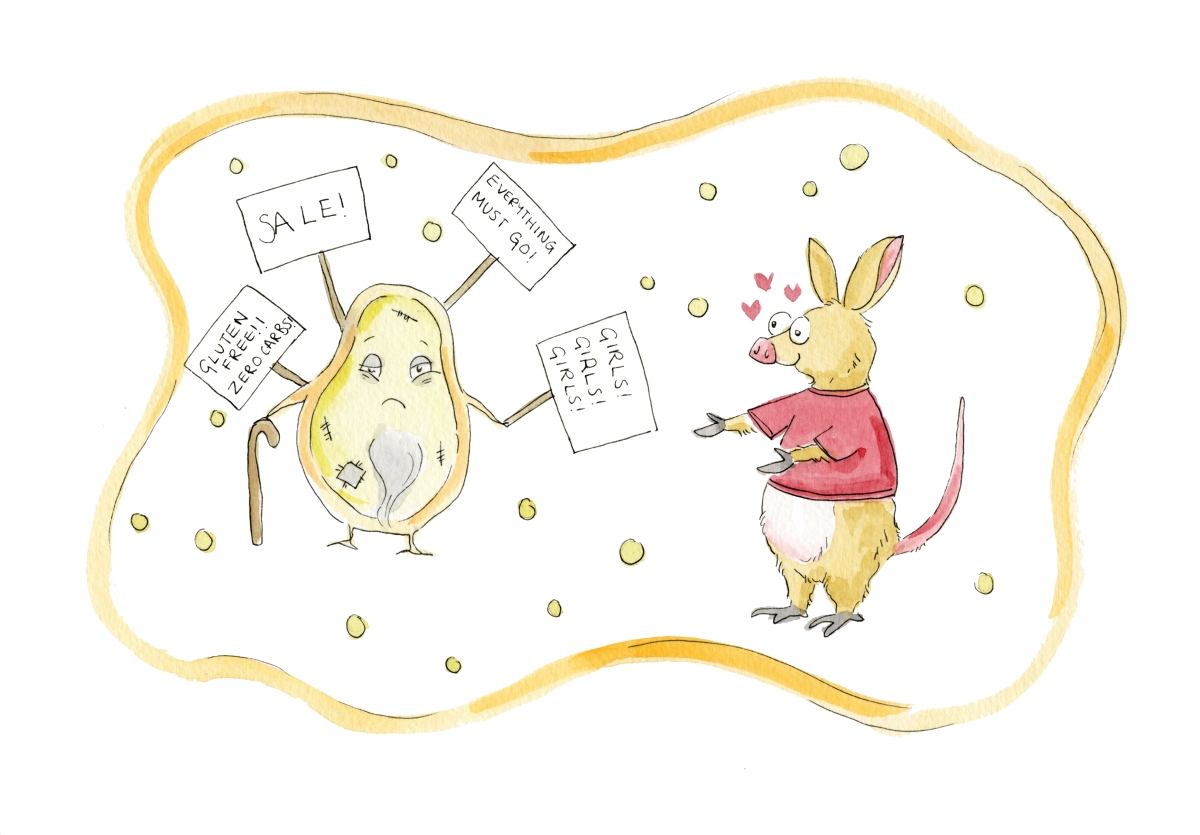 Now that great thing about the damaged organelles giving signals to be eaten, is that when the cell does undergo general stress through, let’s say, nutrient deprivation and the demand for autophagy kicks in, autophagy targets the damaged components first.  So the organelles are being engulfed in an order or priority…..and the damaged ones go first.

Okay, so that’s it for part one of the series. I’ll do a quick re-cap and then we’ll call it a day.  So autophagy is where damaged components of the cell are sequestered, eaten, and then replaced with fresh ones.  This is important because as we go life through life the stresses of everyday living will damage our cell components.

Autophagy is not to be confused with apoptosis, which is programmed cell death.  It’s rare to see both autophagy and apoptosis happening in the same cell, but it can occur.

Autophagy can be driven by supply or demand.  Autophagy by demand occurs as a response to a stressor like nutrient deprivation.  Autophagy by supply is where organelles are targeted for breakdown because they are giving signals to be eaten.  And remember, there is always some autophagy going on in the body due to a cells normal function, but we can increase autophagy, or activate different kinds of autophagy by, for example, fasting

So that is it for part one, be sure to come back for part two, which will be out very soon!  Thanks so much for reading until the end! 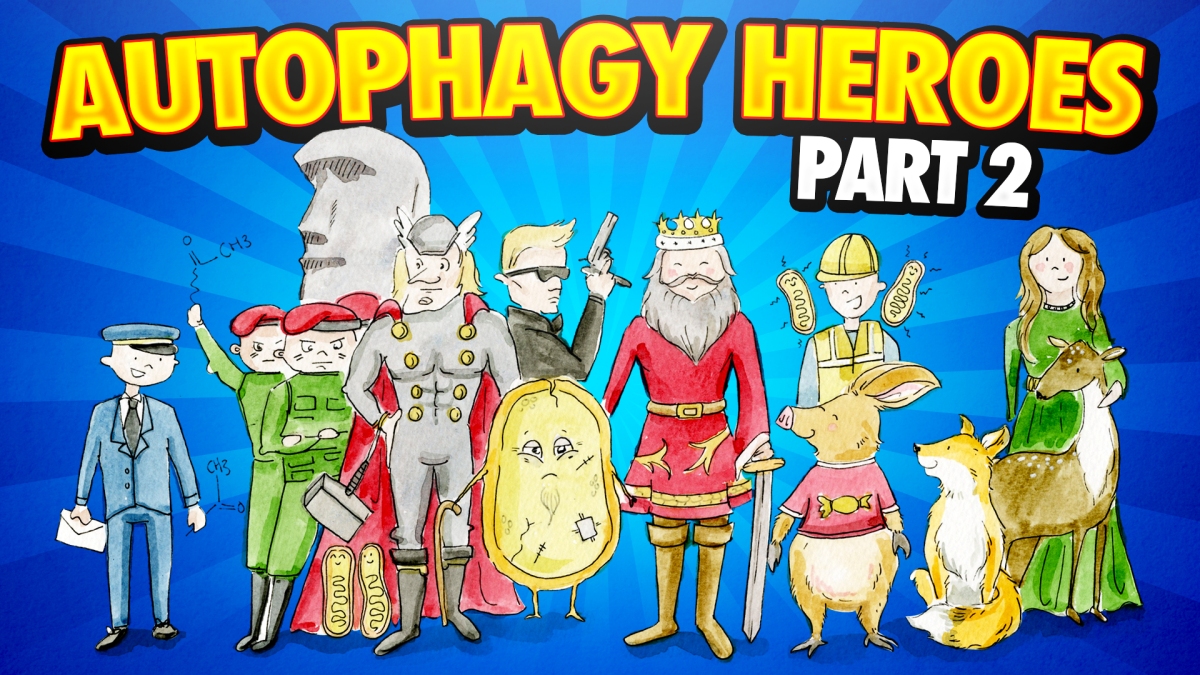